Inspired by an errant footstep that went too far and ‘de-koshered’ a wine during Six Parallels South’s first vintage, winemaker Mark Sztar decided to use some good old fashioned chutzpah and put a pig (the most non-kosher thing there is…) on the wine’s label, so there was no doubt as to its non-kosher status! After the said wine, a Yarra Valley Chardonnay, sold out in two months, he began to think this may be a ‘silk purse from a sow’s ear’ moment and quickly set about finding some other varieties to make more ‘swine wine’ next vintage.

All aller trop loin wines see no oak and are bottled unfined and unfiltered, hence the label’s motto of ‘Unoaked. Unfined. Unfiltered. Unholy.’! And with nothing added and nothing taken away, each wine tells a story of both vineyard and vintage.

For the first few vintages, all wines were both single varietal and single vineyard and carried the traditional striped labels with the pig on them. But from 2017 onwards, we started getting our creative juices flowing into the bottle and onto our labels with the creation of new and exciting blends!

Fruit is from two vineyards in the Yarra Valley and one vineyard in both Bendigo and Heathcote. All the vineyards are small and managed by extremely diligent operators. A close working relationship is maintained with vineyard managers to ensure the fruit is grown and harvested to our specifications. 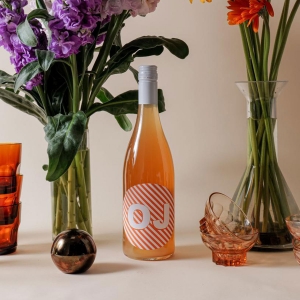 All our white and amber wines experience skin maceration before fermentation or during fermentation. However we like to call them ‘baby skin contact wines’ as they are not over-worked ensuring all wines show true varietal expression and remain aromatic and juicy, whilst displaying additional texture. 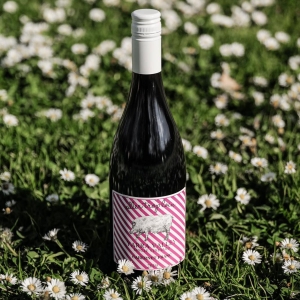 All our red wines are made from early harvested fruit to lock in freshness and energy and fermented in small batches to allow full maceration of skins and juice. 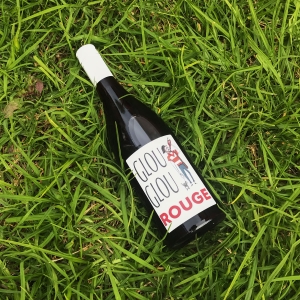 And all our blends are entirely dependent on what each individual harvest instructs us to do. No two years will ever be the same and each year will see the introduction of new blends and of course, new labels too!

Although it started from a mistake and was just a joke in the beginning, aller trop loin is now a producer in its own right. Because we are restricted (due to strict kosher rules and regulations) with our other label, we push the boundaries even more than usual with these wines… The aim is to craft wines that meet traditional winemaking and crazy, hipster winemaking halfway… We keep the wines nice and clean whilst still allowing them to show their individual personalities.

Get 10% off all Full Cases - Shipping is taking longer than usual, we appreciate your patience.